The most popular wine from Kastela – Zinfandel (or "crljenak kastelanski") 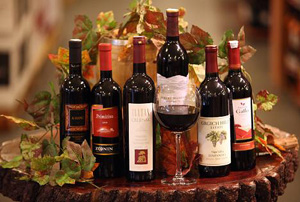 Crljenak kaštelanski is an old, almost forgotten, Croatian species of grape which recently captured interest of the wine-making public. The reason for that was discovery that Crljenak kaštelanski and an American species Zinfandel have the same genetic profile. It was established that the two species are the same. The mystery of origin was resolved.

Under the name of Zinfandel this species from the Imperial State Plant Nursery (where numerous plants of the monarchy were collected) was introduced to the United States (Long Island) in the early twenties of the 19th century. It becomes a respectable species in the southwest of the country, as an edible fruit at first. In the colder areas it was grown even in the hothouses. Some thirty years later it was transferred to California, where it spreads quickly, especially during the Gold Rush. In the eighties of the 19th century it becomes the most spread species of grape in the United States.

Popularity of the Zinfandel lasts up today. It takes over 23% of all the vineyard areas, and grown by more than 200 producers. It is a very valued species in the US, resulting usually in strong and full, intensively colored wines. Unlike some other black species Zinfandel wines are soft and drinkable with aroma of the species. This aroma could vary from discretely flowery to distinctively developed fruity scents. The quality and character of the wine depend largely on area and age of grove, and technology applied. 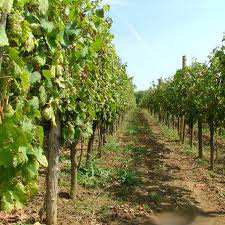 A rosé wine of this species called the White Zinfandel is famous. It was at the top of popularity among the American wines for a long time. Number of the Zinfandel enthusiasts and producers grew every year, and in 1991 an association called Zinfandel Advocates and Producers – ZAP was founded. The goal of the association is to promote the species and wine, ant to support professional and scientific researches related to this species. Many researches focused on its origin. That mystery was intriguing from the very beginning of its cultivation. It was known that this species same as other quality vines have been brought from Europe. But, due to its meaning in the American culture and history it was considered an America's vine and wine. The first discovery regarding its background dates from 1967. Austin Goheen a professor from the University of California Davis, tasted wines in Italy and among others a type called Primitivo which reminded him of the Zinfandel. Results of various comparative studies of the Zinfandel and the Primitivo led to the conclusion that they were indeed the same species. Professor Carole Meredith from the Davis University gave the final confirmation of their genetic matching by using DNA – fingerprinting. But, the Primitivo was grown in Italy relatively shortly, much shorter than the Zinfandel in the United States. According to some documents it was brought to the Italian region of Puglia from the eastern coast of the Adriatic. The question of the origin was still opened, and the Croatian coast emerged as a possible homeland of this species.

Due to the morphological similarity with the Primitivo and the Zinfandel a species named Plavac Mali was being mentioned some twenty years ago as a possible third name for the same vine. This hypothesis gained more and more supporters with time. In order to continue her work on the origin of the Plavac mali , professor Meredith ask for help some American producers (among them was Miljenko Grgić, the famous American wine-maker who is Croatian by birth) and some researchers from the Agronomy Faculty of the Zagreb University (Ivan Pejić, Edi Maletić, Jasminka Karoglan Kontić, Nikola Mirošević). She visited Dalmatia and gathered over 150 samples of Plavac Mali from different locations. The results showed that the Zinfandel and the Plavac Mali are two different species. They are genetically very close, or to be more accurate the Zinfandel is one of the Plavac Mali's parent. This discovery incited Croatian scientists Maletić and Pejić to continue the search and they discovered the other parent of the Plavac Mali – Dobričić an old species from the island of Šolta. Now, the search was narrowed to islands Šolta, Brač, Čiovo and the central Dalmatian coastline.

Among numerous samples collected was a species Crljenak kaštelanski, taken from the vineyard of Ivica Radunić from Kaštel Novi, recommended by Ante Vuletin. The analysis has shown the identical genetic profile of Crljenak kaštelanski and Zinfandel. This finally solved the mystery of origin of the most popular American vine species. The additional proof of the Croatian origin of this species is a discovery that many other Croatian indigenous species have parental relations to Zinfandel / Primitivo / Crljenak kaštelanski.

From: Tourist Board of the town Kastela

Our town is specific because of the fact that it developed around 7 settlements (Kaštel Štafilić, Kaštel Novi, Kaštel Stari, Kaštel Lukšić, Kaštel Kambelovac, Kaštel Gomilica and Kaštel Sućurac) or around castles. Each village has its own particularity merged into character of this part of Mediterranean...

Divulje Beach is located in the westernmost part of Kastela and is situated several hundred meters below the Split airport. The beach is pebbly outside and sandy in the sea. Beach is popular among families with small children and the elderly because of a very gentle sea entrance. There is shower, rent a deck chair and beach bar...

Kaštela, owing to its geographic location, can be both a seaside holiday spot and a great mountaineering destination, with a breath-taking view of Kaštela Bay. Kozjak is a mountain located above the town of Kaštela, stretching from Klis in the east to the pass of Malačka in the west...

Legend of the wine

Crljenak kaštelanski is an old, almost forgotten, Croatian species of grape which recently captured interest of the wine-making public. The reason for that was discovery that Crljenak kaštelanski and an American species Zinfandel have the same genetic profile. It was established that the two species are the same...

The Dalmatian cuisine is a combination of Mediterranean cooking and the traditional customs of Dalmatian lifestyle. The traditional Dalmatian diet consists of regular intake of cereal, fruit, vegetables, beans and nuts, with plenty of olive oil, fish, red wine and dairy products...

A legend from the second half of the 17th century tells of the tragic love of two young people from Kaštel Lukšić. A daughter, Dobrila, was born to the noble Vitturi family, and a son Miljenko to the Rušinić family. The two later fell in love, but their relationship was forbidden due to hostilities between their families...